Ian Marcus: my points beat Staffordshire but my rival still got the credit

My rugby playing career had many twists and turns. I was lucky enough to captain my school and went on to play representative rugby for Essex and Eastern Counties at Under 19s but my progression was curtailed when I came across another scrum-half, a year younger than me, selected for an England school trial ahead of me… none other than Nick Youngs who himself went on to win caps for England and is the father of Ben and Tom.

But I went up to Cambridge University hoping to improve my game. Any prospect of representing the University at No. 9 was soon squashed when I saw the calibre of player I was competing with including Ireland and British Lions, John Robbie and England’s Ian Peck. I was lucky that at my college, Fitzwilliam, were two of Rugby’s greats, namely, future Welsh Captain Eddie Butler and the last man to Captain Cambridge at both rugby and cricket, Alistair Hignell. Taking advice from some of the coaches I took Higgy’s lead and switched from playing scrumhalf to full back, as he had done so successfully resulting in an England call-up. Although I was honoured to play for the LX club (the University second XV), it was difficult to advance any further with three England internationals during my time at Cambridge wearing the No. 15 shirt, namely Alastair himself, Ian Metcalfe and Marcus Rose.

After university my first job took me to Birmingham and I thought this was a chance to advance my rugby career and come out of the shadow of such fantastic players only to find that Metcalfe had returned to his home club, Moseley, and Rose had signed up to play for Coventry, both huge rivals of the club I joined, Nuneaton. There were some great matches over the next couple of years between us. However, where I was most fortunate was, because of the success Coventry were enjoying as a club, they discouraged their players from making themselves available to play county rugby so in Marcus’s (Rose) absence I was selected to play for Warwickshire. We enjoyed several successful years playing in the county championship but my personal highlight was in a match against Staffordshire when for the only time in my career I achieved a “full house“, namely a try (then four points), a conversion, two penalties and a drop goal resulting in us beating Staffs in the close fought contest 15–12. Local hero status beckoned and I was interviewed live on BBC radio. I waited for the newspaper reports with excitement but my moment of glory was snatched away from me when the headline on the back page of the Birmingham Post read “ROSE DOES IT FOR WARWICKSHIRE”. My Great friend still to this day, Marcus Rose had literally stolen my headline because of the obvious confusion for the journalist of first names and surnames… And he reminds me every time I see him!

No comments have yet been added to this memory. 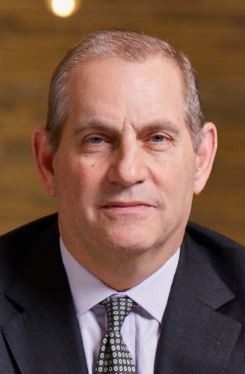